It is not necessary to be filled with hope to initiate action, nor to succeed in order to persevere, but there are nevertheless some encouraging news: there will be presumably no uranium mine in Falea, Mali.

What we announced in the last newsletter has been confirmed. The decline in the price of the energy commodity uranium (yellowcake) prevents to open new uranium deposits. The worldwide production capacity is too large. The speculation about rising prices for these toxic raw material is now being replaced by speculating on falling prices. Consequence: the securities of AREVA fall about 20 % on August 1st, 2014. On October 9th, the rating agency Standard & Poor’s, S & P, concluded that AREVA’s shares had a negative outlook and granted them a “toxic” BBB ranking.
In this sense, the French State, holding directly and indirectly almost 87% of the shares of AREVA, is determined to buy huge amounts of worthless « toxic assets of the most toxic energy of the planet » for saving this company from its economical crash.
The State would do well in taking the advice of promptly phasing out from nuclear power. Yet for France this is no easy task.
The nuclear lobby speaks constantly of the large number of projected new plants but fails to remind you that in the next 40 years at least 400 nuclear plants must be replaced in order to remain at the current level of nuclear power production. 1986 Chernobyl, Fukushima was in 2011, the aging of the power plants are guarantors for the next catastrophe…. speculation on falling stock prices will not prevent this, on the contrary.
According to the observations of the Japanese physician Dr. Shigaru Mita, the Fukushima Gau has also had serious consequences in TOKYO. His letter to his colleagues is yet another important argument for legitimating the resistance of the inhabitants of Falea, against the uranium mining project in their village. Their opposition to uranium mining can be viewed as an act of solidarity with the contaminated people in Japan.
Next year will be remembered for the 70th anniversary of the dropping of the atomic bomb on Hiroshima and Nagasaki. The citizens’ initiative FALEA, ARACF-ASFA212, dreams to send a small delegation to Japan, representing the Association.

The Fukushima disaster will hopefully contribute to slowly and steadily abandoning nuclear energy.
At Falea , the Canadian society Denison Mines (DNN) will not rush to install the necessary infrastructure for a new uranium mine. The draft of the Study of Environnmental and Social Impact Assessement (ESIA) is probably getting moldy in some drawer …. Consequently there will be no need for a referendum (consultation populaire ) in the coming months nor in the next few years.

As a reminder, the objectives of the citizens’ initiative of FALEA, ARACF-ASFA21 are as follows:

1) preventing the destruction of the community of FALEA by the construction of a uranium mine.
2) Support and strengthen local democracy in FALEA and in the district Kéniéba (eg public consultation as part of the ESIA).
3) to promote the development of sustainable economic activities with and for the people, respect for the environment, human rights, social justice, history and culture of the inhabitants.
Even if the objectives remain unchanged, the actions to achieve them have experienced significant changes over the past year.

1) Exploration for uranium mining was stopped in Falea. The company Rockgate Capital Corp., which owned the exploration rights in FALEA, was acquired 100% by DENISON (DNN) (17th January 2014) . ARACF-ASFA21 has found flagrant irregularities in the way the concessions have been allocated. More investigations will follow, and even a lawsuit is likely to take place in Canada.

2) The Company CAMEC, which is the promoter of the bauxite mining project in ​​the municipality of FALEA, has withdrawn all its machinery and equipment. See Table 2 of the exhibition « FALEA, the threat of uranium mining »  the document allocating the concessions. (To find here)

3) The villages of Falea are not accessible during the rainy season. Since 2006, pieces of a motor ferry are waiting in Kenieba. ARACF-ASFA21 has managed to get the necessary financial resources from the government of Mali, for finally making the ferry operational this year. The road will be expanded to Falea and the frontier of Guinea.

4) Bamboo: a pilot project for the development of cultivation and processing of local bamboo production is expected to begin in 2015 in the municipality of Falea.

5) Water analysis: a preliminary study on the water quality of mountain source water and groundwater has concluded with encouraging results. ARACF developed, in collaboration with experts, a feasibility study for a project for water collection, filtering, bottling (packaging) and marketing. One part of the results from this economic activity will be dedicated to support the village administration of FALEA to build a community water plant for drinking water. 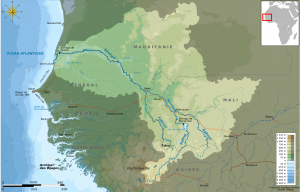 6) The local radio has been proven to be a tool for information, education and communication, as well as mobilization and participation in the democratic administration of the municipality. Additionally it has become a development tool for all local, national and international actors. The radio plays a very important role especially in these days – to inform the urgency about Ebola.

7) A 4×4 ATV vehicle for the evacuation of sick residents has been provided. During the rainy season of 2013, 48 people were brought to the health center and thanks to this vehicle some human lives were saved. Several women were able to reach the health center in Kéniéba in time for the birth of their child.

The many activities of the citizens’ initiative ARACF ASFA 21 promoted the environmental awareness of people in Falea regarding the necessity for ecological protection and conservation of biodiversity in the entire geographical area, encompassed within the biosphere reserve of Bafing- Falémé River.
Thus, there is a growing concern regarding the disastrous and irreversible consequences of resource-depleting industries in the entire border region of Guinea-Mali-Senegal and the whole Senegal River watershed.

Relatively important measures; such as the project ERSAP (Program for reinforcing the protected areas  financed by UNDP), the expansion of protected areas are being considered by international development partners such as the Netherlands, and UNDP, UICN (International Union for Conservation of Nature ) are contributing to the creation of large nature and wildlife reserves in the region. This would imply the integration of the rural community FALEA in a national park.

Mining projects are a significant threat to groundwater and drinking water areas of the major rivers of West Africa. The citizens’ initiative FALEA, given its experience and know-how developed in the last 4 years, is currently working on establishing networks cross-linking the multiple existing initiatives in the watershed of the Senegal River. This would set up links of solidarity, exchange of knowledge and expertise with partners acting elsewhere for water protection in their respective watersheds. A good example of this would be the Paris WATER Supply Authority, which is working with partners with the goal of transitioning towards agroforestry to protect two drinking water basins in Ile de France. (French edition of “The ecologist” No 43, pages 41-45 July August, September 2014)

Concerning FALEA and the uranium mining project, we can notice a steady fall in the price of Yellowcake (traded uranium) since the Fukushima disaster to the extent that it does not cover extraction costs. And this gives Falea people hope that the opening of the mine may be postponed for several years, thus giving time to develop other economical alternatives.
The population of Falea cannot yet draw conclusions from two main events. Firstly the Canadian company Rockgate Capital (RGT, Toronto) who explored the site has been taken over by a bigger company called Denisson (DNN Toronto) also from Canada. Secondly, some say that the bauxite extraction mine, also on Falea land (see figure 2 ‘map of the attribution of concessions of the ‘Falea, the threat of a uranium mine ‘ exhibition ), may not be realized. Indeed the British mining company that was on site preparing the opening has moved its equipment and materials to the south of Mali, in Kignan (in the region of Sikasso).

Are these coincidences, a result of the activism of the citizen’s initiative ARACF (and ASFA 21)?

Have they been induced by the presence of community radio, by the declaration of the mayors of the Kéniéba circle, the activity of para-legal professionals? By the participation of a strong delegation of Falea inhabitants to an international Uranium, Health and Environment conference held in 2012 in Bamako? To the participation of ARACF representatives to the same conference in 2013 in Dar es Salam (Tanzania)? Is it linked to the new public health vehicle, a Toyota with four
drive wheels, donated by ARACF to the 21 villages of Falea and which significantly contributes, since mai 2013, to the region’s desenclavement?
All this amounts to yet another visible signal that the population of Falea can count on an increasing number of allies who defend the call of Falea. Amongst them we can find the city of Geneva which continuously supports us since 2010, several humanitarian organisations, workers’ unions, parliamentarians and NGO’s from various countries.
Before it was bought by Denison, Rockgate showed a good disposition towards the Malian government. The ministry of Environment imposed the presence of representatives from ARACF during the negotiations. Was this a compromise so as to not disturb the good sale of RGT shares?
In any case, one must note that the EIES (Environment and Social Impact Study) demanded by the Malian Mining Legislation and announced on the RGT website has not yet been implemented. The deadline for this report has also not been determined or officially communicated. This implies that the Falea citizen’s consultation cannot be carried out according to the schedule announced by the
citizens and members of the local parliament.

ARACF will use this time to closely analyze Denison’s activities in Canada, Zambia, Namibia and Mongolia, so as to try to understand its relationship with AREVA. It will also organize exchanges between Falea and Arlit (a territory of uranium mining sites in Niger that have been exploited for over 40 years, mainly by Areva). It will also attempt to move forwards in actions and projects which favor local development and sustainability.
On the political aspect, Mali is a democracy under close surveillance of the old (and new?) colonial power, France, and seems find an apparent normalization. Indeed the parliamentary elections of the 24th of November and the 15th of December 2013 were organized and carried out in an orderly fashion, with some exceptions in Kidal, in the north of Mali. In this way, France does not seem to distance itself from organisations that support a division of Mali. Municipal elections will take
place in May 2014.

Yours faithfully, and Happy New Year